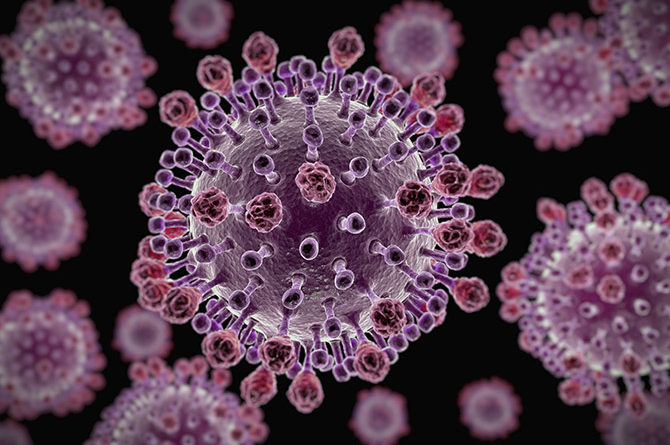 Since 1918,  we have been experiencing influenza. Time and again, the world has experienced a different kind of flu. In 1957 it was called the ‘Asian’ flu, ‘Hong Kong’ flu in 1968 and 2009 again termed as pandemic and which is buzzing even today is popularly known as ‘Swine flu’.

Swine flu is scientific nomenclature is also called H1N1 virus which originated in pig (also known as swine). ‘H’ (hemagluttinin) and ‘N’ (neuraminidase) stands for the proteins of the virus. H1N1 influenza (flu) is one of the contagious disease which affects the respiratory system. It shows similar symptoms like that of seasonal flu. The H1N1 virus is made up of genes from different flu viruses that normally affects humans, birds and pig (swine).

There are four types of influenza viruses namely A, B, C and D. Where the influenza A is known to be death causing in humans and infects mostly pigs. The mutation of gene in type A influenza occurs according to the type of host infection. Influenza B occurs mostly in winters with symptoms like cold, cough, fever etc. Type C influenza causes mild respiratory illness. While the type D is known to affect cattle and whether they infect or causes illness in humans is not known yet.

The recent one is termed as Swine flu as the virus has the gene which affects pigs (swine) which was ultimately passing to the humans who were in direct contact with the pigs or through eating pork.

Flu viruses mutate every year, while various strains of the virus can be seen in the same season. H1N1 was responsible for 1918 pandemic and 2009 swine flu occurrence. The swine flu which is in India since 2009 is the California strain of the virus (influenza A (H1N1) pdm09). Pune based National Institute of Virology (NIV) has isolated a new strain from ongoing H1N1. The new strain of influenza A is Michigan. The NIV scientists confirmed that this is not really a mutation but an isolated strain from the samples. Two sub types of Influenza A are also spreading largely, where H3N2 is also causing infections among people along with H1N1. 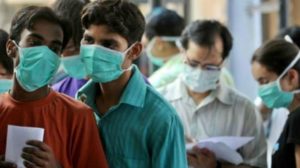 H1N1 (Swine flu) and H3N2 are sub types of Influenza A virus. This year there has been increase in both the sub types of Influenza A virus. While both viruses are showing same symptoms and causing mild to moderate illness in humans. The co-circulation of both the viruses is the reason for more cases of influenza like illness this year. Along with Pune and Pimpri-Chinchwad, the H3N2 virus is circulating to the other parts of the Maharashtra state.

When people are infected with the Influenza A viruses they need to take caution and must not delay treatment. Currently, Pune city in Maharashtra has reported to have major deaths due to swine flu. This year 216 people died due to swine flu and 1,726 people have been tested positive for the same in Maharashtra. In September, 159 people died wherein 69 deaths occurred  in Nashik, 41 in Pune and 32 in Pimpri-Chinchwad. In September, the condition of 51 people was critical and they were on ventilators out of which 35 patients were from Pune.

In between October 1 to October 11, 61 people were reported to be infected and 17 lost their lives. Delay in treatment was the mail reason for complications later death. From last two months, there has been rise in swine flu patients. Cities like Satara have also recorded 26 casualties, 13 in Kolhapur, 10 in Aurangabad, 8 in Akola and 6 in Nagpur due to H1N1 flu.

Swine flu shows most of the symptoms similar to  that of seasonal flu. But it is also seen that in some cases the symptoms are not visible even after infection. The common symptoms which can be seen during swine flu infection are cough, fever, sore throat, runny nose, body aches, headache, chills, fatigue and lack of appetite, eye irritation, nausea, vomiting and diarrhea. It can even cause pneumonia, lung infection or breathing related issues.

Who is more at risk?

Pregnant women, people with long-term  health issues like diabetes, heart disease, asthma. Also, children below the age of five, elderly aged 65 or more, those who are suffering from HIV and people with low immune system are at the high risk of getting infected by  swine flu.

Prevention from swine flu can be done by getting yearly flu vaccinations. Hand hygiene is another important task for prevention. Frequently washing hands with soap or using hand sanitizer. Avoid the direct contact of hands to your nose mouth or eyes. Using handkerchief while coughing or sneezing will avoid the transmission of germs to others. Use scarves or handkerchiefs in public places. Remain at home if you are ill. Avoid large gathering when swine flu season is abundant. Staying away from infected people will help stop person-to-person transmission. 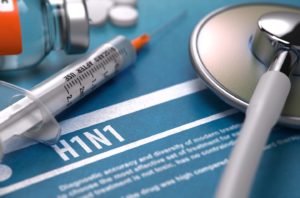 There are tests to detect the swine flu as the symptoms are much similar to seasonal flu. Also it is advised that patients should avoid self treatment under the misunderstanding of common flu. Earlier detection is relatively easier to treat.

Tamiflu (oseltamivir) drug is used to treat swine flu. Other drugs like Relenza (zanamivir) and Rapivap (primivir) are also there. For optimal results antiviral drugs (Tamiflu) should be started within the 48 hours of start of flu symptoms.

Fluvir syrup is used to treat swine flu in children below the age of 12 years. While new vaccines are always formed as per the mutations in the flu virus. It is very important to do immediate tests once symptoms like cough, fever is seen. 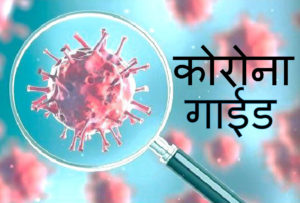